In 1871, the first British Shorthair in England was presented. The British longhair is the variety with longhair of the British shorthair. He is also known under the designation of Highlander.

The British longhair is in appearance like the British Shorthair. It differs only in the length of the fur. This fur is “semi long”. ” It has a compact and muscular body, short but strong legs with large paws, and rounder wider  head. 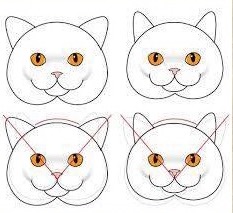 The coat will require grooming during the moulting seasons to remove loose hairs from the dense coat. A fully grown male can reach a weight of 6-8 kg. Female weight about 4-6 kg. The British longhair is available in any color variations. He is very healthy and lives long.

He is human friendly, tolerant, very affectionate and full of love. He becomes quite attached to the people they own. He is an easy cat with a stable character and takes well to being kept as indoor-only cats, making him ideal for apartment. He is clever, calm and playful cat.

Search on this site